I saw this horoscope awhile ago, on a screen behind a coffee stand, but it's so great:

"Life's little mysteries enrich the world. So stop trying to solve them all."

Look at these coats I saw in Massachusetts when I was there for Christmas ... 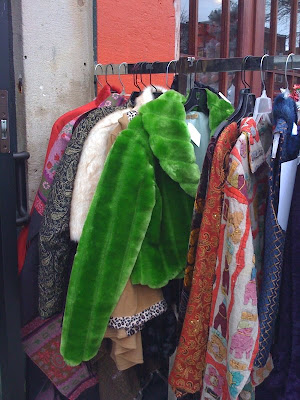 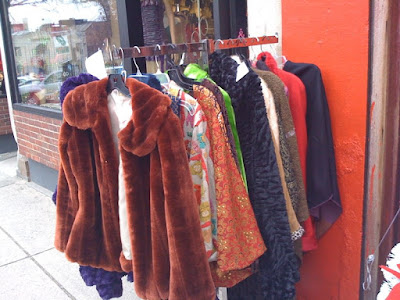 and these great rain boots, which I didn't get and then got by mail order after most of the rain had passed, and now I pray for rain ... 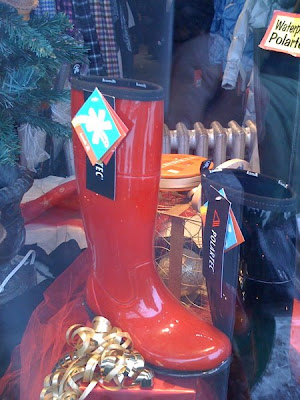 For no reason:  I've always loved this picture of my boy Rasputin, where he looks partially desaturated, as if he's been colorized badly .. like his tail and elbows were hanging out of the frame .. and then he whipped his tail back in, but it was still in black and white. 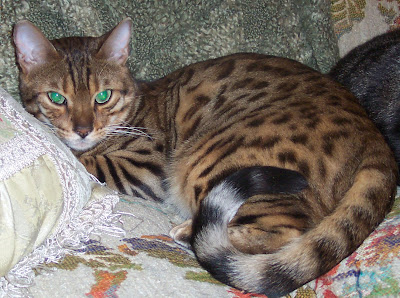 And then there's the story of Christian the lion who these two guys kept as a pet and then released into the wild in Africa, and then when they went back to visit him a couple years later, he jumped up and hugged them like a little house cat.

Here are some photos before they set him free .. 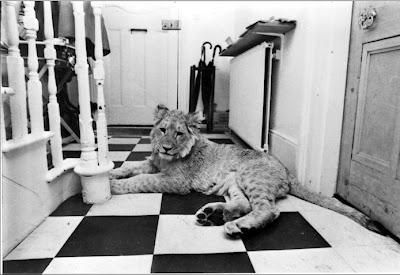 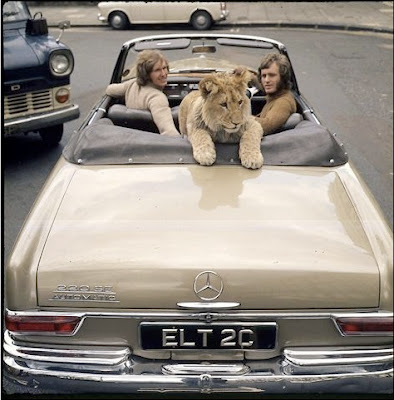 He came back, thus he is theirs.