Wondering – now it appears it might not be such a joke after all – what a president Trümp would look like?

Just a taste, but in headlines, this is what just his campaign for the GOP nomination is looking like (a lot of these articles are from this week):

Trump’s rallies are full of protesters, shouting, and sometimes even violence


Here's a thoughtful question:
Is Donald Trump a fascist?

(opinions differ ... )
Donald Trump is an actual fascist
I know fascists; Donald Trump is no fascist
(although the article does say "Trump's xenophobic rhetoric, his demagoguery, and his populist appeals to citizens' economic anxieties certainly borrow from the fascist playbook.")


What does the GOP think of all this? Are they as alarmed as those on the left? (Does it matter?) Tough to say.

Of course, everyone talks smack about their rivals, but this alarm bell ringing Kasich ad isn't especially out of line.

Well, maybe Kasich is kind of reasonable? Maybe voters will wise up and he will get the nomination, and if the GOP takes the White House, it won't be totally awful? Not likely, but regardless, a reality check:


Alright, well whatever ... this is all just drama. News networks have sold out and it's all about ratings. It's all about ad sales. It's all clickbait.  And probably no one is taking the KKK seriously.  We are waaaay past that (except for police killing black men). Right?


Trump breathing life into America's dying white supremacist movement
Trump’s America arrives: 3 muslims shot execution style in Indiana
(there are many articles on this incident from more "legitimate" news sources, but this is in my opinion the most apt headline)

3 stabbed at KKK gathering in CA, including one with flagpole

^ this is a whole series of articles, among them:
The year in hate and extremism

This is SO DUMB, IT CANNOT POSSIBLY BE REALLY HAPPENING. TELL ME THIS IS NOT HAPPENING.


By now you are probably anxious to read something intelligent about this grim situation, so try this:
Matt Taibbi for Rolling Stone: How America made Trump unstoppable

"A thousand ridiculous accidents needed to happen in the unlikeliest of sequences for it to be possible, but absent a dramatic turn of events – an early primary catastrophe, Mike Bloomberg ego-crashing the race, etc. – this boorish, monosyllabic TV tyrant with the attention span of an Xbox-playing 11-year-old really is set to lay waste to the most impenetrable oligarchy the Western world ever devised.

It turns out we let our electoral process devolve into something so fake and dysfunctional that any half-bright con man with the stones to try it could walk right through the front door and tear it to shreds on the first go."

Go ahead and scream.


I'll leave you with this:

Donald Trump will always be a short fingered vulgarian

Labels: off the deep end, politics 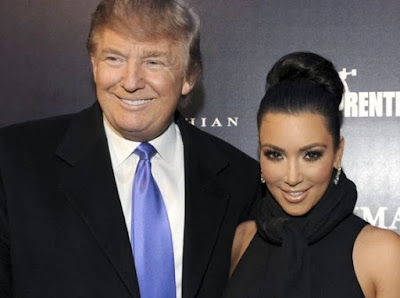