at least they don't go outside and kill birds

Sly's been sick (understatement) and uninterested in eating much besides holistic cat treats with lots of chicken fat in them and a crispy corn tortilla she stole off my plate and absconded with last night. I've tricked her into having some coconut water by soaking the treats in it, hoping to restore some potassium she's losing by having lymphatic fluid sucked out of her chest every couple days. But she hasn't been eating any real food, and my (godlike, superiorly empathetic) vet said I should feed her a low-fat diet, and so to entice her I actually stood in the deli line at Whole Foods and bought raw bloody chicken livers, when before today the only deli experience I've had was once at that very same Whole Foods wondering from a distance if a guy in line (who I couldn't get more than a 3/4 view of) was actually Ozzy Osbourne. I also bought a hunk of ground poultry naughty bits which they freeze and market as pet food and which, thankfully, are no longer recognizable.

.. here's savage Rasputin eating chicken livers with a noise that almost made me hurl. and Sly eating among other things smooshed chicken necks: . . .
Here's a fantastic lamp I saw at Punky's (cavelike) house earlier. But here it's indistinguishable from the piles of stuff in her apartment - I almost didn't notice it! a much better picture of it, in its previous incarnation as a distortion burger: 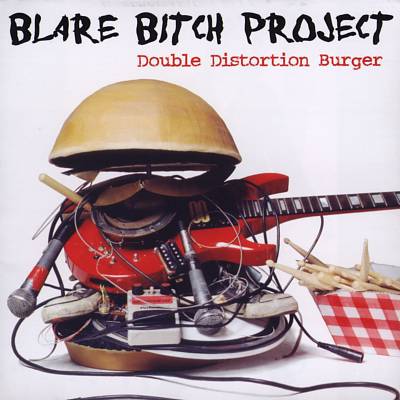 my favorite part is that it's wearing shoes.

... and it's Friday night, so if you'll excuse me I have a date with Will Shortz and a bowl of ice cream.