I hereby eat my words from the previous post, regarding Back to the Future, in which I claim Jennifer Parker v.2 (Elizabeth Shue) wears a lame reproduction of her original pants, as today I received my copy of Back To The Future: The Ultimate Visual History, and was able to pore over photos of Elizabeth wearing pants in BTTF 2, from which one can only conclude she was wearing the same pants after all, or if not the very ones, a close enough facsimile that they did not and do not deserve my mocking.  See for yourself (pic 1: Claudia Wells; pics 2 & 3: Elizabeth Shue) 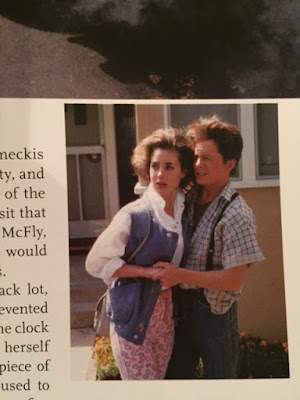 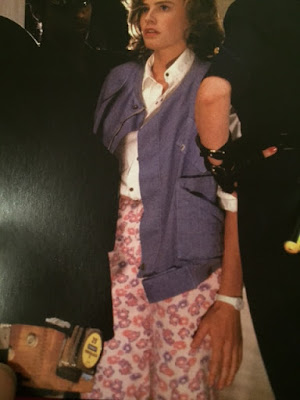 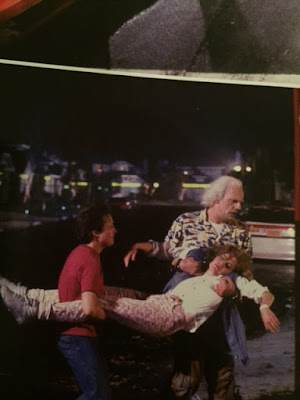 Also, I attended the last day of We're Going Back 2015 and watched BTTF in the parking lot of Puente Hills Mall, timed so the clock tower lightning strike happened at 10:04 (or within a minute or so) and with a live Delorean chase by a van full of Libyan terrorists.  So many fan-driven Deloreans were in attendance, I kept losing count – at least 15, maybe half of which were time machines. 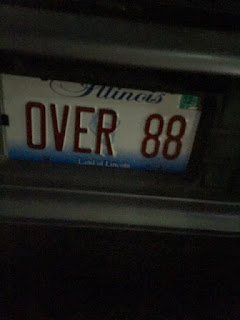 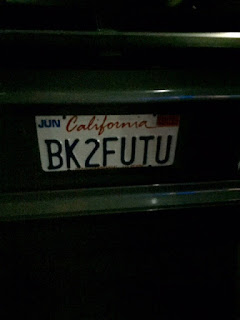 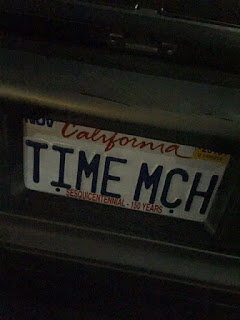 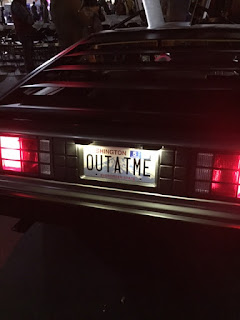 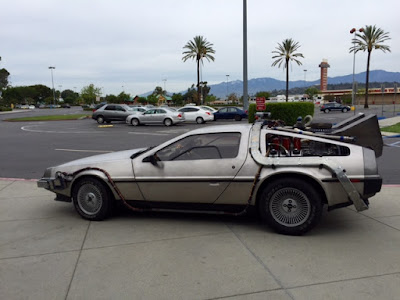 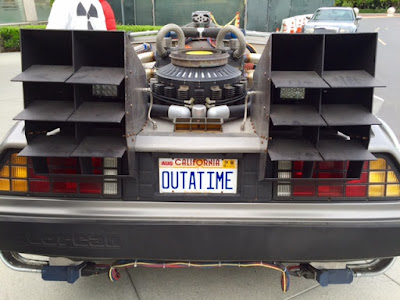 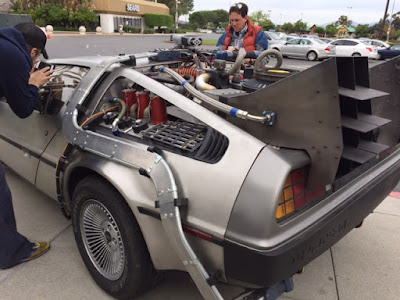 People were handing out "Save the Clock Tower" flyers, and the mayor of City of Industry announced they would be keeping the Twin Pines Mall sign forever.